Mr. Nkinzingabo Pottien has lived in Nyagugenge sector for the past six years. He now lives with his wife and their child in Agatare cell, a very densely populated areas and one of the larger informal settlements. When he first moved into the community, there was a lot of difficulty to get around, since there were two schools, a hospital, and a busy market. However, there was no talk about constructing a new street just yet. 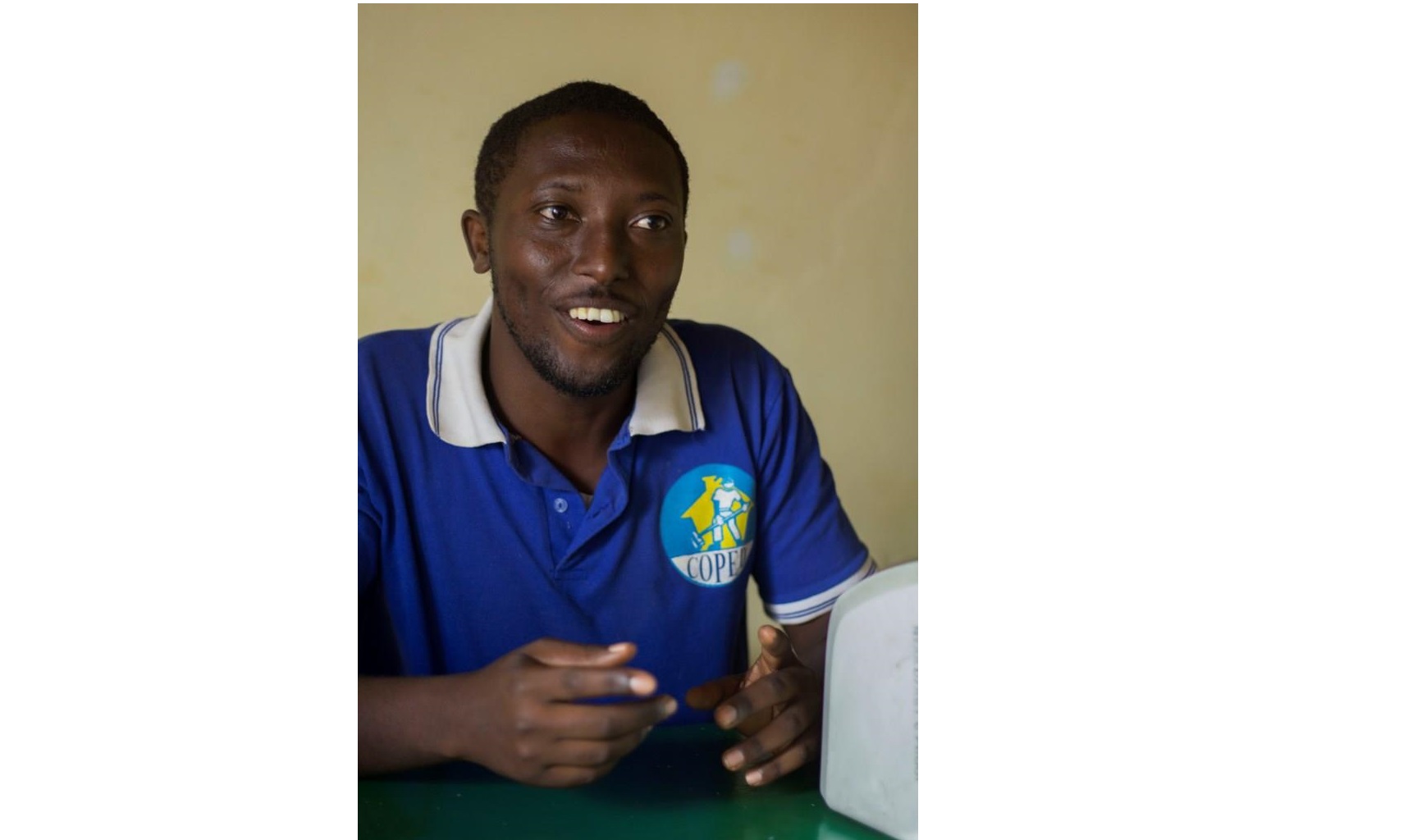 When Mr. Nkinzingabo first heard the news about the upgrading project, he was ecstatic. However, he also had his concerns. Not far from where the new construction would take place, people were having negative experiences with a newly finished street –traffic accidents frequently occurred on the new Rwampara street. To prevent the same thing from happening, Agatare cell members wanted the street to be somewhat narrow, so cars will have to pass with a relatively slow speed.

During construction, The Rwanda Initiative for Sustainable Development (RISD) facilitated meetings and made sure that Agatare community members’ opinions were elevated and heard. RISD, along with CoK, understood how important community input was, and took suggestions very seriously. During cell meetings, RISD was able to inform community members about status of the upgrading project, and was able to brief them on their land and housing rights. Smaller meetings with soon-to-be expropriated residents ensued after these general meetings. In these smaller meetings, RISD distributed information on expropriation processes and helped address concerns about fair compensation. With RISD’s presence and efforts, Agatare cell members felt empowered to voice their valuable opinions and concerns.

As a result, Agatare members successfully lobbied for a 6-meter-wide cobblestone road, instead of the 11-meter-wide one, to avoid traffic accidents and large amount of expropriation. Meetings and negotiation ensued, eventually leading to fairly high compensation rates for the expropriated households, long period of time for move-outs, and small number of expropriation in general.

As a COPED employee specializing in waste management, Mr. Nkinzingabo was also very grateful because the new street made his job much easier. With the new street, he is able to collect waste efficiently directly from doorsteps, making pick-up an easy process. According to Mr. Nkinzingabo, not only is Agatare easier to get around, it is also much more sanitary and beautiful.

Agatare is one of four cells in the Nyarugenge Sector of Kigali. As one of the most densely populated unplanned areas in the country, Agatare is in need of improvements to basic infrastructure, electricity, and transportation systems. Prior to the completion of the “Agatare Pilot Project”, poor street conditions made transportation from the Kiyovu cell to the market in Biryogo cell nearly impossible, compromising business and safety. Additionally, insufficient sewage systems provided a dirty and unhygienic environment along paths.

“The Agatare Pilot Project” was proposed by the Rwanda Housing Agency as a first step towards improving living conditions for residents of Agatare Cell. The project planned to upgrade a street in a small section of the Agatare Cell. Beyond providing significant improvements to infrastructure, construction of the new street would additionally provide employment opportunities for community members.

The new street provided the community with a variety of benefits including: Improvements in transportation, commerce, health, and safety. Residents can now travel easily and safely from Kiyovu to Biryongo market. Significant improvements to hygiene and cleanliness along the road have been made. Moreover, the street has been built with regard to the needs and concerns of Agatare residents, ensuring that expropriations and traffic accidents in the residential neighborhood were minimized. “The Agatare Pilot Project” serves as a model for the rest of the sector, in which the city plans to implement similar upgrading projects.

Ms. Umutoni Mwajab was born and raised in Agatare Cell. For almost as long as she can remember, the only way to travel from her home to the main road or the market was along a rain-weathered, dirt path. The walkways were in such terrible condition that they could not be safely navigated at night. Ms. Umutoni explained that local leaders even had to evacuate an elderly disabled woman from her home for fear that she would not be able to access a hospital during a medical emergency.

Thus, the community of Agatare welcomed the new street proposed by the City of Kigali.  However, their excitement was accompanied by a fear that many residents would be expropriated in order to make room for the new street. Ms. Umutoni Mwajab also explained that the community was concerned that a wide street would invite traffic accidents. The residents had received limited communication from the development authorities or Project management unit on the planned blueprint for the new street, so all details of the project were initially miscommunicated. Ms. Umutoni Mwajab was one of many residents who were misinformed that their homes would be subjected to expropriation. Without a clear public information sharing strategy with the government, she and her neighbors did not know how to confirm these rumors.

Luckily, The Rwanda Initiative for Sustainable Development introduced a series of awareness campaigns to engage the Agatare community in the development process. RISD held community meetings to inform residents about the status of the project, their land and housing rights, expropriation processes and procedures, including rights on fair compensation. These meetings also served as forum for the women and men of Agatare to express concerns about the upgrading project, thereby encouraging community participation in the decision making process.

RISD’s participation was of critical importance to community members like Ms. Umutoni Mwajab. RISD monitoring and engagement helped ensure that the Agatare Pilot Project reflected the needs of the community and protected their housing and land rights. For example, RISD took the residents’ concerns regarding the size of the road into consideration and successfully negotiated on behalf of the Agatare community to reduce the width of the road from 11ft to 6ft. As a result, Ms. Umutoni and countless other neighbors were not expropriated from their lifelong homes and were able to enjoy access to a new, safe street. While Ms. Umutoni Mwajab’s home would not be affected by the Pilot Program, she was initially concerned that her neighbors being displaced would not be fairly compensated. However, she explained, RISD also helped negotiate better compensation for those being expropriated. Finally, RISD helped negotiate longer periods for moving, to ensure that those expropriated had sufficient time to prepare to relocate. RISD’s sustained engagement and commitment to community participation gave Ms. Umutoni Mwajab and her neighbors confidence that the project would best serve the men and women of Agatare.